It used to be that when a show horse became nervous, irritable, “cinchy,” dropped in performance level or went off feed, we would think it was a mental issue — just a bad-minded horse.

Horses with recurrent bouts of colic were often a mystery to owners. We had no idea what was probably going on inside many of them.

During the last decade, a tremendous amount of research has been conducted on equine gastric ulcer syndrome (EGUS). Studies have revealed that more than 90 percent of racehorses and 60 percent of sport and show horses develop gastric ulcers. Even 60 percent of foals have some degree of ulceration from birth to weaning. It is reported that half of the horses with ulcers show no clinical signs of the condition. However, many others do and it often negatively affects performance. (Andrews, 2003, McClue, et al., 2005 and Gordon et al., 2006.)

Diet is only part of the EGUS story
Much of the early EGUS research focused on diet. Performance horses usually eat higher levels of grain than their pastured counterparts, who have a much lower incidence of gastric ulcers. Fermentation of grain in the stomach produces higher levels of volatile fatty acids, and this increased acid level can contribute to ulceration in the nonglandular portion of the stomach wall.

However, more recent research in Nutrient Requirements of Horses (National Research Council, 2007) reveals that diet isn’t the only cause. Instead, many factors influence the development of EGUS, including exercise, restricted feed intake, environmental stressors (e.g., transport and confinement) and the use of nonsteroidal anti-inflammatory agents (NSAIDs) such as phenylbutazone and flunixin meglumine.

Exercise
When horses exercise, abdominal pressure exerted on the stomach actually causes the stomach to compress. This results in splashing of stomach acid up into the nonglandular region of the stomach, which is a common site for gastric ulcers. This compression occurs at the trot and the lope, but returns back to normal at the walk. Exercise also increases the acidity of the stomach. A healthy stomach pH is 4 or above. The pH measured at the walk will be around 4, will decrease at the trot and gallop, and stay low until the horse returns to the walk. When two groups of horses were fed the same diet, with one group on a conditioning program and the other group sedentary, none (0 of 8 horses) of the sedentary horses developed ulcers. However, five of the seven exercised horses had ulcers at 12 weeks.

Environment
Transporting and training horses can also increase the risk of EGUS. In one Nutrient Requirements of Horses study, 10 horses were maintained at a “home” facility while 10 others were hauled four hours away, housed in stalls, fed and exercised twice a day, then hauled back after four days. In this study, no horses had ulcers on the first day, and seven of the hauled horses had ulcers while only two of the non-hauled horses had gastric lesions on the fifth day.

Horse feed management techniques
The fasting/feeding cycle that many horses live under is also a significant risk factor for EGUS. Stomach pH stays below 4 most of the time during a 24-hour fast. When fed free-choice grass hay, stomach pH still fluctuates but is above 4 for much of that time. It would be expected that a diet of straight grass hay would be more beneficial to stomach pH than a diet of grain and alfalfa hay. However, horses fed grain and alfalfa had higher gastric pH and fewer, less-severe nonglandular gastric lesions than horses fed straight brome grass hay. Alfalfa provided an effective buffer that lasted for six hours after the meal.

Management modifications such as feeding smaller, more frequent meals and including some alfalfa in the diet can help reduce the occurrence of EGUS.  Since the buffering effect may last only six hours, horses at risk for EGUS should be fed at least three to four times a day and fed a maximum of 5 to 6 pounds of grain per meal. Some researchers recommend feeding a small meal, 2 to 3 pounds of alfalfa hay, within a couple of hours of beginning exercise to reduce the acid splash and effect on stomach pH during exercise. Reducing stress and providing turn-out time with pasture grazing can also help.

EGUS symptoms
Clinical symptoms of EGUS include behavioral changes, loss of performance, acting interested in eating but quickly becoming irritable and walking away from feed, recurring mild to moderate colic and a decline in body condition. These symptoms are suggestive of, but are not specific to, EGUS; so horses showing any combination of these symptoms should be examined by a veterinarian. When gastric ulcers are found, treatment with prescribed medication is the only proven method for healing them. Changes in diet and management can help reduce the chances of recurrence, but such modifications alone will not heal an existing condition.

This entry was posted on Monday, July 31st, 2017 at 3:00 pm and is filed under News, On The Right Lead Newsletter. You can follow any responses to this entry through the RSS 2.0 feed. Both comments and pings are currently closed. 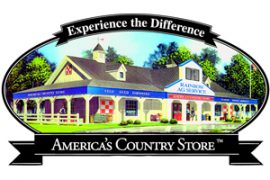